How an Electric Vehicle Works

Learn about how an electric vehicle works. Our expert tells about EV's essential components, including battery, charging, induction motor, and regenerative braking.

The future started when a man named Nikola Tesla invented the alternating current motor back in 1887. Even though people didn’t know it back then, they witnessed history being made right in front of their eyes. There were plenty of skeptics even back then that dismissed Tesla’s work, but that didn’t stop him from continuing his life’s work.

And so, It wasn’t long before that relatively new invention became the main reason as to why gas- and diesel-powered vehicles may become obsolete by 2025, and it all started with Tesla’s vision for the future.

We can already see history-changing, as society has now fully accepted EVs into the car culture. With models such as the Tesla Model S winning the Motor Trend Car of the Year prize back in 2013, it’s pretty obvious that EVs are here to stay. It seems as though Tesla cars represent the future, as the electric car sales have grown exponentially over the years, with the most significant years so far being 2017 – 2018. The company reported a market growth of 81 percent in total.

Components of an Electric Vehicle

The secret behind the popularity surge lies in the simplicity of the designs. As a matter of fact, the basics behind electric cars are much easier to understand than those of gas- or diesel-powered cars.

As opposed to their competition which mainly uses ICEs (Internal Combustion Engines), electric cars focus on electric batteries to power everything up, including the electric motor.

When the time comes for it, you just go to the nearest recharge station and power your car back up. You can even do so through a wall outlet as long as you have the proper home setup, or you can go to one of the many designated charging stations from your local public park area.

Another interesting fact about electric cars’ power is that they’re all lithium-ion batteries. The reason behind choosing these as their main source of energy is that they’re low maintenance, lightweight, and more efficient as a whole. These batteries also last anywhere between 8 to 12 years which is always great to hear.

As previously mentioned, either use your own designated outlet or go to your local car parking lot to charge your electric car up. This occurs through your car’s electric vehicle service equipment or EVSE for short. You can choose between the following three levels of EVSE.

The first level is all about using a 120-volt plug and a standard outlet. You don’t need anything else other than that, and you can easily do it at home for the most part. Although it takes a while to fully charge, you should be able to get a good three to five miles out of an hour’s worth of charge.

The second level uses a 240-volt plug. The difference between this level and the Level 1 Home Charging one is that this one usually requires an electrician’s help. Most electric car automakers will offer you the first two EVSE levels when purchasing an electric vehicle from them, including private companies.

You can easily get up to 60 miles from an hour’s worth of charge. So you are technically fully charging your vehicle in less than two hours using this EVSE level.

The third level is all about the charging stations you’ll find around your city. You can easily get around 100 miles worth of charge in less than 20 minutes, but the only problem with this level is that not all plug-in hybrid vehicles are compatible with them.

You can access a DC fast charger by either using a payment app or by purchasing a specific card for the company that owns the public charging stations.

Essentially, all that you need to know about this technology is that it controls the speed of your vehicle, directing both your motor and all of your vehicle’s other components as well.

The motor is an AC motor that runs solely on alternating current electricity. As mentioned previously, all of the processes are led by the inverter as it creates a rotating magnetic field inside of the induction motor, causing it to rotate at the desired speed.

This is an advantage for electric vehicles as the induction motor can work efficiently at any speed range. This is important because typical internal combustion engines are limited in what they can do around the same range. This, in turn, helps remove a lot of the gears that are key factors in keeping the internal combustion engines within their power band since they don’t ever drop in efficiency or power as you increase or decrease the usage.

It is also worth mentioning that many electric cars are known for their regenerative braking feature. This is possible by using the induction motor as a generator, allowing the vehicle to recharge while decelerating. As the induction motor slows down, the wheels and drivetrain rotate faster, turning it into a generator. This energy that is created here gets sent back into the battery for later use.

How an Electric Vehicle Works

Here is a series of reasons as to why electric vehicles are far superior to gas- and diesel-powered vehicles:

Even though we do understand that buying an electric vehicle is not possible for everyone out there, we still urge you to try to do your part in the environmental change regardless of your budget. Use natural cleaning products, make sure you reduce your plastic waste as a whole. Buying a new car is expensive, but it can end up saving the world in the future because you’d be leading by example. So, for now, remember, keep your insurance up-to-date, and keep your vehicle’s maintenance up-to-par. 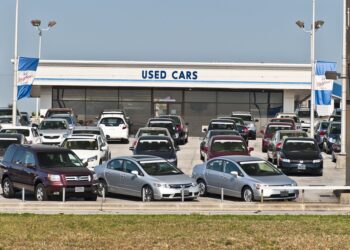 The COVID-19 pandemic has considerably affected the car market from both sellers' and buyers' sides. As a result, more... 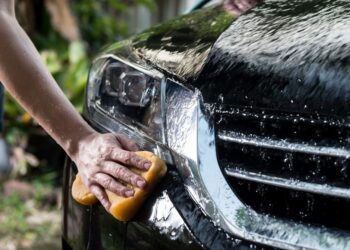 Improving a car is never a simple task, but using professional assistance can be quite expensive, especially when cleaning...

7 Celebrities Who Owned The World’s Most Expensive Cars 2021

How to Improve Car's Performance Yourself (Top 10 Ways)