Always wanted to change your old gas-powered car for a posh new electric? Learn which cars combine super-advanced technologies with care for nature.

Nowadays, nobody would argue with the fact that the car industry is going green. More and more luxury car manufacturers are releasing concepts of elegant, powerful, and all-electric autos. No longer you have to choose between comfort and sustainability, to run fast or have a low environmental impact. Now, you can have both. It’s an entirely new class of speedy, stylish EVs that combine advanced technologies and care for nature.

So, here is the list of the 17 best luxury electric cars of 2021 that are definitely worth your attention and perhaps your future choice. We are sure you won’t be disappointed.

When Porsche appeared on the EV market, it surprised the potential customers with its incredible features: a 2.4s 0-60mph acceleration time, a two-speed transmission, and an 800-V system. So if you are a Taycan potential owner, you can expect it to be incredibly fast.

The heart of the Taycan’s – the battery – offers fast charging times from 5% to 80% in just twenty-two minutes. Again, fast top speeds, especially when you opt for the Turbo S: the full Taycan version can reach 162mph.

Besides, you’ll be happy to know that the Taycan is incredibly reminiscent of other Porsche cars, with its sleek and smooth look.

The Plaid-made version of the Model S with heightened power and incredible acceleration can easily do 0-60mph in less than 2s, according to a claim from Musk himself.

The EV range can impress even the most sophisticated consumers: on a full charge, the Model S Plaid can easily cover a distance of 520 miles – twice more than any other high-end electric car here.

Last year Musk also confirmed that the Model S Plaid would be equipped with the most efficient battery the company has announced to present. And more recently, that’s exactly what they have done.

BMW has presented several electrified models – each with its unique features and focus. For example, the i4 represents a small but mighty vehicle. Competing mainly with Tesla’s Model 3 and Audi’s E-Tron GT, the i4 can impress you with low-slung doors and a slim, subtle body. Besides, it features a 530-hp motor, an 80.0-kWh battery, and a driving range of 370 miles.

The look of the i4 is fabulous and gears towards attracting a potential buyer with white leather upholstery, rose-gold trim, and light wood details throughout the interior.

If you are hunting for prey bigger than the tiny i4, then the BMW iX3 proves not to be limited by size. Instead, with its very functional midsize, the BMW iX3 relies on clever upgrades and luxury details. The manufacturer offers a few exciting features to attract your attention. That concerns new, more aerodynamic wheels, a 249-mile range, fast charging, a 4.8s acceleration, and a top speed of 124 mph. This midsize EV has been created to be the ultimate driver’s car.

With the quickest acceleration time of any SUV, Model X is the highest-performing sport utility car ever designed. This mighty vehicle is additionally renowned for its innovative falcon-wing doors for passenger access. The updated battery architecture can deliver instant torque at any speed. The full version of the Model X goes from 0 to 60 mph in 2.6 seconds, outperforming the fastest SUVs and most sports cars. Sustainability and hi-tech stuffing make this car undeniably perfect.

The seven-passenger 2021 Rivian R1S is a perfectly spacious vehicle, the second product released by Rivian, a new EV manufacturer located in Michigan. The R1S can attract customers with its excellent price that is lower than the Tesla Model X. The company has claimed that the R1S received many of its features from the R1T pickup. The R1S comes with three battery sizes, 105.0-kWh, 135.0-kWh, and 180.0-kWh, the largest of which promises a tremendous 410-mile driving range.

Tesla’s most avant-garde vehicle is built with very functional perks, letting it be among the most comfortable pickup trucks. Its durable battery has enough power for a driving range of over 500 miles.

The Cybertruck promises an acceleration in less than 3 seconds for 0-60mph, and its most stuffed variant can reach a top speed of 120mph.

There’s nothing like the i8. This variant has been designed in response to customer demand. As a result, the engineers gave birth to an open-top two-seater that appeals to the public with its unique look. The new open version adds another layer. It provides a 360-degree perception of the surroundings you’re running through. This fascinating vehicle is about second to none – it looks good and performs well on the road. The technical side of BMW also impresses with its impeccability. For example, the Electric i8 Roadster can go from 0 to 60mph in 4.2 seconds.

To sum it up, the BMW i8 Roadster represents a futuristic car perfect to the last detail, and it is the case when pure open e-mobility comes to life.

Have you ever imagined how a golden rule would be applied to an electric car? When best quality, drivability, and good road performance join in one vehicle, we get the Audi Q4 E-Tron – a dream for families with kids or with more than a few members.

Audi is worth investing your money in and exceeds all your expectations. If you are constantly in a hurry, you can rely on Audi: the Audi Q4 E-Tron offers a top speed of 111 mph and accelerates from 0 to 60mph in about 6s.

This crossover is equipped with an 82.0-kWh battery that lets it run up to 280 miles. Want to know our final verdict? With highly comfortable seating for four adults, the Audi Q4 E-Tron can satisfy any taste of those customers who are ready to jump to the electrified future.

Presented as the world’s first all-electric commercial pickup, Lordstown Endurance is the car that will soon debut on the market. The manufacturer claims that it’ll be the first of its kind to hit the pickup segment, outrunning all the competitors with the features we have never seen before.

The Jaguar I-Pace is a fantastic all-electric crossover that appeared due to a fusion of impeccability and uniqueness. When designing their electric vehicle, Jaguar has decided to do things differently. However, there’s no denying that the I-Pace’s futuristic body captures everyone’s attention. This unique creation offers a range of 253 miles plus fast-charging capability (45 minutes for a 0-80% battery) and instantaneous acceleration. Apart from its appealing exterior design, the vehicle features a near-silent engine, keyless entry, dual-zone climate control, and a fascinating interior. Although there are a few things that Jaguar engineers could improve, the I-Pace is a worthy representative of all-electric cars on the market.

The Mercedes-Benz EQC has many interesting design details and features inherent in the brand. The EQC represents the design of classic luxury that targets to unite good road performance, sustainability, and style both inside and out.

With sophisticated style and advanced technologies, this car will look and feel good wherever it goes. It has a 200-mile driving range, acceleration from 0-60 mph in 4.8 seconds, and a top speed of 112 mph.

What will you take if you need a car that enables you to control everything with intuitive ease? The answer is Polestar 2.

Born from Swedish brand Volvo and based on their brilliant XC40 frame, the Polestar 2 is the type of car that some enthusiasts call revolutionary. It is the first car ever to use an infotainment system. If you enjoy using, for instance, Google services, you’ll find that using this car is more impressive than you could imagine.

Additionally, inside you’ll get a large touchscreen that can handle all the car’s functions like an integrated navigation system or radio. Finally, an excellent sound system will allow you to dive into your favorite music and enjoy the ride.

Originally announced to make its return in 2021, the second-generation line hasn’t yet hit the market. The new Roadster outruns its predecessor with significant upgrades – two small rear seats, an extended driving range, and a better level of road performance. The car is claimed to have a 1.9-second 60-mph time and a 250-mph top speed. When the new Roadster finally arrives, we hope that this car will be worth waiting for.

Being a part of a high-end segment, the Evija, at the same time, remains committed to an all-electric system – and its goal is to expand the limits for future hypercars as far as it is possible. The Evija resembles racing cars with its exterior design, sleek lines, and an aerodynamic hood. Moreover, the vehicle stands out due to its butterfly doors and a prominent wing on the rear.

Apart from the features above, the Evija is equipped with an astonishing 2000-horsepower engine. According to the brand, this makes it the most powerful vehicle in the world.

Resembling the original Mustang but powered entirely by electricity, this car is a link to connect the past and the future.

Available with two battery options, Ford says the Mach-E can provide up to 305 miles of a driving range. It is an overall new vehicle in a row of muscle cars, offering a five-passenger cabin, advanced infotainment options, and reasonable storage solutions.

The 2022 Mercedes-Benz EQS sedan will be the star of the German EV industry, and it seems to be among the most exciting EVs ever. The super hi-tech glass-covered Hyperscreen contains various displays to handle multiple options. As far as stats are concerned, the EQS has a top speed of 124mph and a 4.5s acceleration time. Besides, Mercedes offers a large 107.8-kWh battery that should provide more than 300 miles of driving range, and surprisingly the ability to self-pilot on certain roads. 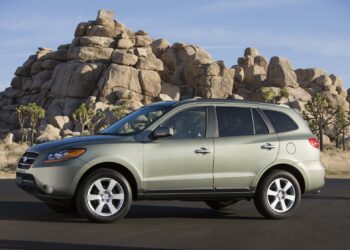 Getting a used car shouldn't feel like a nightmare. If you know what you are looking for, it should... 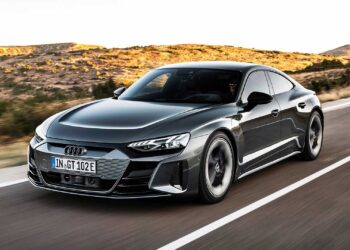 Are the ratings from EPA useful when it comes to fuel economy? Yes, but this might not be the...

How to Build an Inexpensive Electric Bicycle at Home

How to Drift Like a Pro: A Full Step-by-Step Guide