Find out a true story of the invention of the automobile. Learn why neither Gottlieb Daimler nor Karl Benz was entirely the first to invent the car.

The invention of cars is a long and tangled road, and saying 100% sure who invented the car is not an easy task. Initially, the prototypes used steam engines, and applying this scheme, Nicolas Joseph Cugnot, a Frenchman, created the first steam car in 1769 — widely accepted as the first. So why do various historians argue whether either Gottlieb Daimler or Karl Benz invented the automobile? Undoubtedly, the reason is that both made excellent and functional vehicles that gave a tremendous push to the evolution of the whole car industry. The engineers designed cars that were very similar to those we have today. Nonetheless, their contribution to the invention of the first automobile varies.

Internal Combustion Engine: A Turning Point on the Road to Car Invention

A pivotal point to the modern automobile is the internal combustion engine. Internal combustion engines (ICE) provide extreme effectiveness and durability. However, their work is based on a simple chemical process of generating energy from fuel (gasoline, diesel, or kerosene) and air mixture. The engine’s two main parts are a fixed cylinder and a moving piston. The expanding combustion gases from the burning fuel push the piston, which in turn moves the crankshaft. Finally, this motion makes the vehicle’s wheels drive. Many scientists from various scientific fields contributed to the improvement of the ICE. And here are the main points of its development:

Engine design and car design always went hand in hand. Almost all the engineers described previously also built cars, and some even became major manufacturers in the car industry. All of these inventors contributed a lot to the development of internal combustion vehicles.

The Contribution of Nicolaus Otto

One of the most prominent landmarks in engine design comes from Nicolaus Otto, who in 1876 invented an effective gas motor engine. Otto designed the first functional four-stroke internal combustion engine called the “Otto Cycle Engine.” Otto’s inventions were very historically important. His four-stroke model was widely used for all liquid-fueled automobiles constructed later.

In 1885, Gottlieb Daimler and Wilhelm Maybach improved Otto’s internal combustion engine and invented the prototype of the modern gas engine. The Daimler-Maybach engine was functional, lightweight, and rapid. All the characteristics of the engine became revolutionary in the car industry. In 1886, Daimler modified a stagecoach by attaching his engine to it, thus getting the world’s first four-wheeled auto. Daimler’s engine is considered to be the first practical and functional internal combustion engine in the world.

In 1889 Daimler invented a revolutionary two-cylinder, four-stroke engine with mushroom-shaped valves. His invention became a role model for all car engines designed later. In 1889 Daimler and Maybach built their own car from scratch. They did not use any other vehicles as a base as they had always done before. The new automobile had a four-speed transmission and could run up to 10 mph.

By the beginning of the 20th century, gasoline cars became more popular than all other types of motor vehicles. As a result, the market was expanding, and the need for industrial production was tremendous.

Initially, the automotive industry center was in France, and the first car manufacturers were Panhard & Levassor (1889) and Peugeot (1891). They were engaged in producing the entire vehicle, not just engines. The inventors like Daimler and Benz, who designed cars to test their inventions, began their car production a bit later. Their initial income was based on licensing their patents and selling their engines to automobile manufacturers.

Rene Panhard and Emile Levassor worked in the woodworking industry when they decided to become car producers. In 1890 they constructed their first car using a Daimler engine. The team not only manufactured cars but also improved the automotive exterior design.

Panhard-Levassor made vehicles with unique features that included a clutch pedal for operating a chain-driven box and a front radiator. In addition, Levassor was the first engineer to use the front-mounted engine with a rear-wheel drive. This design was called the Systeme Panhard and quickly became the standard for other manufacturers. Panhard and Levassor are also renowned for the invention of transmission. They used it in their car in 1895.

Armand Peugeot believed in the viability of car production. The first Peugeot car, created in 1889, was powered by the steam engine. The release numbered only four automobiles. Steam-powered concepts were heavy and required much time to warm up. So after meeting Daimler and Levassor, Armand Peugeot abandoned steam engines favoring petrol-fuelled models designed under Daimler’s license. Besides, Peugeot became the first manufacturer who used rubber tires instead of pneumatic to a petrol-powered car.

A Peugeot stood at the origins of car racing. The company is famous for its victory in the first car race held in France. This fact helped Peugeot gain popularity and increase car sales.

Initially, French manufacturers did not have standards for their car models — each car had individual features. The first standardized car was the Benz Velo. The line numbered 134 copies released in 1895.

The first mass car production started in the United States in 1901 by the American car manufacturer Ransom Eli Olds. Olds designed the basic model of the assembly line and started the Detroit area automobile industry. He first began producing steam and gasoline engines with his father, Pliny Fisk Olds, in 1885. Olds built his first steam-powered car in 1887, which contributed to his moving to Detroit to start his own company, Olds Motor Works, and produce low-priced vehicles. His business was America’s leading car manufacturer at the beginning of the 20th century.

What Made Cars Affordable

Henry Ford is definitely one of the most influential car manufacturers of the 20th century. In 1903 he founded the Ford Motor Company that brought success. 10 years later, Henry Ford introduced the assembly line concept and mounted the first conveyor system in his car works. The assembly line allowed to reduce production costs by decreasing assembly time. For example, Ford’s most fabulous Model T was assembled in an hour and a half. As a result, the automobile presented to the public became very popular. In addition, the car was easy to drive and cheap to repair. Using the moving assembly lines in his factory-made Ford the world’s biggest car manufacturer of his time.

Another significant fact in Ford’s biography concerns a patent fight with George B. Selden. Selden had a patent on a road engine and was paid by all automobile manufacturers. Ford won a trial and opened the car market for the production of affordable cars. 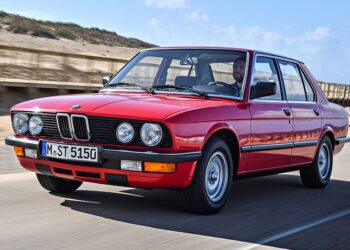 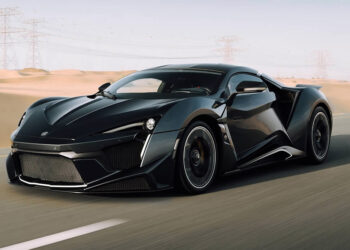